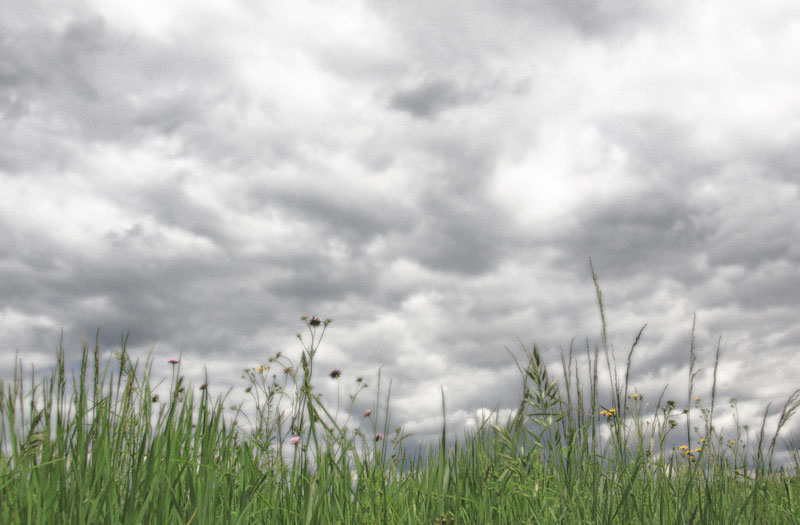 For all its beauty, complexity and nuance, language is at times sadly inadequate. Certain experiences fall beyond words. They render us inarticulate, unstitching us from meaning and annihilating our ability to share the messy reality of our lives.

Depression is one such experience.

In a talk given at last year’s Hay Festival and later broadcast on the BBC, author Matt Haig spoke of the way depression, and its vicious accomplice anxiety, can detach us from the world, and more critically from ourselves. This is what happened to him. At the age of 24, his world splintered and disintegrated as he tumbled into the precarious realms of mental illness.

“At my lowest point, in February 2000,” he says, “I stopped believing in words. Until then, I hadn’t realised that the act of using language is an act of faith, but it is.”

Let’s just think about that for a moment. What does this mean?

Faith, in one definition, may be considered as the belief in things not seen without evidence that they genuinely exist. Depression itself is a thing that is largely unseen, not only because it emanates deep in the secretive domains of our bodies and minds, but also as a result of society’s continued difficulty in adequately acknowledging it. When we are depressed, moreover, we are often conscious of a lack of recognition, either from those around us or through the unsettling experience of becoming strangers to ourselves.

Words, too, are in many ways intangible. Sure, we can see them written on the page and hear when they are spoken, but words are only ever symbolic. They represent the elements of our lives without actually being them. Yet it is through words that we are able to connect, express, explain, delight, beguile, advise, entertain and learn.

Such acts are a profound part of our humanity, but conditions like depression can distance us from their significance.

As Matt Haig says, “You have to believe there is a point of there being words and that they can offer real meaning. Normally, this belief is taken for granted. But when your mind crumbles to dust, everything you thought you knew suddenly becomes something to question.”

Pitched into such doubt, it is ironically words themselves that may offer some salvation. At least, that is how it was for Matt. First through reading and later through writing words, he gradually became more able to manage his illness. In his case, it was fiction that provided a kind of map.

“If you think about what a story is in its most basic form,” he explains, “it is change. A character starts somewhere, either physically or psychologically, and they end up somewhere else. When you are depressed, you feel like you are trapped inside an eternal, unchanging moment.

“Stories convince us that things do change.
They unfix us or allow us to believe we can become unfixed.”

A belief in the possibility change can be problematic for those who are enclosed in the unforgiving grip of mental illness. The reality that was previously known gets shattered so utterly that suspicion is cast on all former certainties, as well as all future prospects. Where in such wreckage can one even begin to discover the courage or means to rebuild?

For some, one aspect of that answer may be words.

Part of their magic is that they allow us to take our minds elsewhere – into different times, other places, new perspectives. They give us an awareness of alternative ways of being, which may be kinder, braver or more steadfast than we can otherwise manage to be.

However faltering or insufficient, words also make external what might otherwise be an entirely internal experience, thus affording us the potential for connection – whether we ourselves are the ones drenched in anguish or stand as those willing to bear witness.

This is not to say that it is easy. Nothing with depression is easy. Nor can words alone provide an entire solution. But for some people, they might help.

In his book Reasons to Stay Alive, Matt Haig writes that: “Words – spoken or written – are what connect us to the world, and so speaking about it to people, and writing about this stuff, helps connect us to each other, and to our true selves.”

Through the small but valiant act of using words and making these vital connections, we may start to assemble reality again. Whether by writing or reading, we are granted the chance to leave behind a certain kind of mind so that we may create another, “similar but better, nearby to the old one but with firmer foundations, and very often a better view.”

If ever, like Matt, you stop believing in words, I encourage you to do whatever you must to find your faith in them again. Begin, if necessary, with the words of others. Read books and poems. Listen to speeches and conversations. Then, when you can, scratch words into a journal and voice your truth to whoever will listen. Allow yourself to imagine the possibility of change.

Eventually, maybe, with patience and persistence, you will learn to trust in the wonder of language and in yourself again.

Do Matt’s words resonate with you? To which writers or texts do you turn in harsh times? How do words help you?